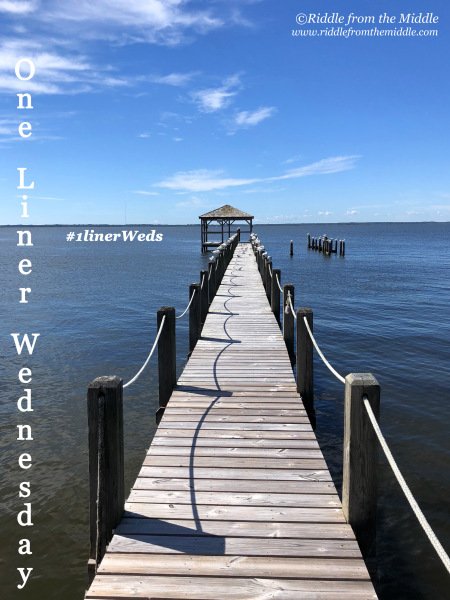 I know this post is supposed to be a one liner but I’ve got to give a backstory. Otherwise what I picked won’t make sense. Oh who am I kidding??! Still may not make sense. LOL. Lookie HERE for the rules and ping back. Check out the other offerings while you’re there.

B, the kids, and I binged watched Stranger Things Season 4 last weekend. Three distinct overlapping stories that ended in a cliffhanger until July 1! Oh the torture of waiting. Anyway, the gang is back + Eddie & Argyle. I can’t really pick a favorite but right up there is Erica (you can’t spell America without erica) Sinclair. As Dustin, Max, and Lucas are sitting in a row on the couch being questioned by the cops, Erica pipes up:

Oh that’s a bunch of bull! I mean, you realize they’re lying. The whole couch is on fire. < then more back and forth before she continues > The fire is consuming us!!!

I snort laughed out loud. Guess ya had to be there. Huh? After that all I could think of is liar, liar, pants on fire. Maybe that should’ve been my #1linerWeds? I could’ve saved you the ramble. Seriously though, check out Stranger Things, Syfy, 80’s nostalgia, killer soundtrack, goodness.