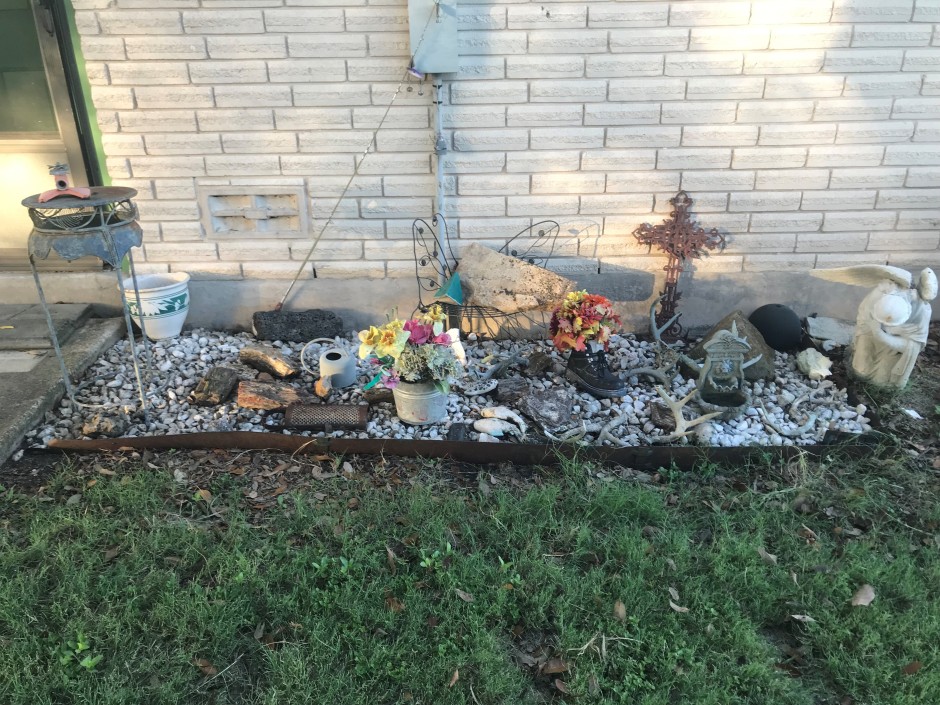 2006 was a particularly hot year here in da hood. Recording breaking temps. In June, our Pony had just graduated from high school by the skin of his teeth. But, that’s a story for another day. Hannah Bear and her Daddy (Bs) brother D were in the thick of it battling cancer. Yes both of them. Different kinds but still, what are the odds? Lottery winning luck my friends, a prize you’d never want to win.

Pony had his 18th birthday. I’ll never forgot the heat. Or how his uncle, in immense pain, walked down the lane to our house to give Pony his birthday gift. A copy of a Robert Heinlein novel with dog ears and well worn pages. You see, D had not a pot to piss in, but he had a love of reading sci-fi which he shared with our boy. That book was Pony’s best birthday present ever.

Who could have predicted that four days later, on July 2, 2006, D would be gone. Tragically. Yes he had cancer but it was a highly treatable form. He had appointments to begin radiation, then chemo. His first appointment was to be that following Thursday. But all along, silently and with persistence, the tumor was pushing on an artery in his neck.

We were at home getting ready for an early 4th of July family dinner. Getting ready for a gathering is like a drug to me y’all, I’m telling ya what. I was feeling the typical buzz that I love so much until the phone ring. I answered and for a moment, no sound. Then I hear my mother in law’s keening, the words “come quick” were all I could make out. B ran down the same lane toward who knew what. I’ve never seen him move that fast even in his baseball days. As Lulu and I stayed behind, standing on the porch, holding each other, we could hear first faintly then louder the siren’s wailing. Closer and closer.

B returned only to get his keys so he and his mom could follow the ambulance to the hospital. But D as already gone. His dad, our dearest sweetest PoPo stayed behind to clean up the blood. Of his son. Who had died in his arms. So his wife of 43 years would not return home to that horrible scene. Those who know our PoPo know what strength that took. But he did it. For the love of his wife.

No one should ever lose a child. They say it’s not the natural order of things. But sometimes life has other plans. If you’re lucky, you have something to see you through. Be it faith or inner fortitude.

After a few years of grief counseling, my in-laws turned the place of his death into a shrine. His kids decided what would go in. A fishing pole, Hannah’s boot, his bowling ball, antlers, fossils, the angel. Over the years the altar was neglected but for a while, it helped immensely with moving forward. Not moving on or over. You never get over it. Yesterday B’s mom asked him to spruce up the area. Blow off all the leaves. And today we celebrate D’s memory. With love and affection. He was a stinker, that’s for sure but he was OUR stinker. May he Rest in Peace. May the perpetual light shine upon him.

I loved the humanity of the story. Life and relationships. Having a tribe. Knowing who to count on when the chips are down. A recommended read.

I had 17 highlights; here are the top three:

I resemble those remarks. Might be way I liked and was comforted while reading it.