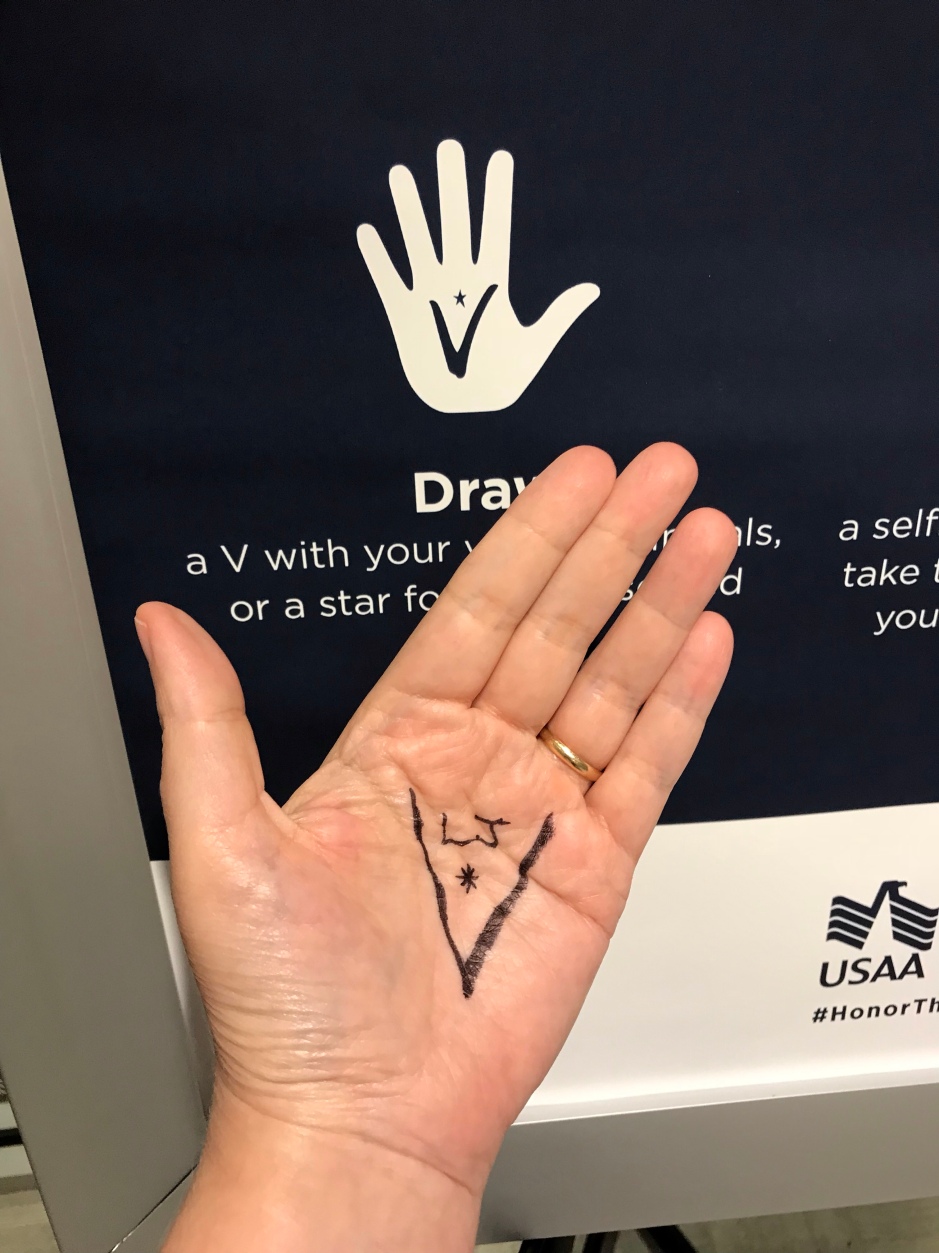 I started my Veteran’s Day post earlier this week by participating in a challenge at work. I even learned how to use Instagram. Well sort of … I really have no idea what I’m doing.

Yesterday I watched the Veteran’s Day parade march/drive down Houston Street through the window of Playland pizza while I had a leisurely lunch waiting to see “School of Rock”  Lucky I was there at the right place and the right time.

Today I honor my favorite Veterans and all who have served and still serve.

When my dad went into the hospital for what would be his last time, the doctor found a knot on the top of his head.  At first the doc thought it might have been from his fall but after thorough examination, he could see that the wound was old.

Just how old? Well 62 years old to be exact.

My dad was serving in Pacific on the USS Copahee when they got word that the war had ended.  The cheers went up!  All the hooting, hollering and commotion.  Can you just picture it!!  Somehow in the excitement, my dad hit his head on a propeller of one of the planes.  Knocked him out!  That was how he earned that wound/scar.  He told the doc he had forgotten about it until that moment.

Funny how the mind works isn’t it?  Makes me smile to think about it. Not the hit on the head and being knocked out of course but the excitement of finding out the war had ended.