I am asking for a friend. B will be so livid if he finds out I am doing this. But since he doesn’t do a single thing on social media I think I’ll get away with it scot-free. I’m airing dirty laundry and he’s not a big fan of that even though this particular pile of clothes is not related to us. Truly asking for a friend. wink wink 😉

Asking what you say? Well if you had a disabled relative accused of breaking a windshield for a second time would you pay for it with or without asking for a receipt? You see my friend thought she was so clever last time to ask for a picture. Her more intelligent better half quipped “that could be a picture of anyone’s car”. She paid through money order and never got a receipt.

Truth is stranger than fiction and all that but somehow deep down she feels she is being played. I mean this is a person who can barely walk. How’s he supposed to have the strength to shatter a windshield? Though he was off his meds. Two weeks without his shot. And supposedly just snapped.

Lots of other things have happened prior to this. Accusations have been lodged. Quite frankly I think my friend would rather remain in denial. Pay it to make it go away.

All advice is welcome. 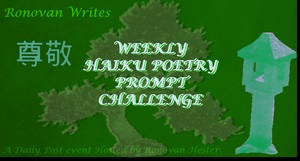 Find your way back home