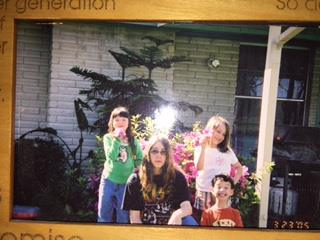 Sh!t! had not hit the fan yet when this picture was taken.  Well, some maybe but not the full motherload.  Timestamp 3/23/05 … five months before H’s diagnosis of cancer, a year and four months before D’s death, a year and seven months before our unfortunate event aka addict steals truck, drives into house and proceeds to destroy everything in his wake.

Here is a glimpse of the best of times.  Even my stoic Pony Boy, the oldest grandchild with flowing locks in his Kiss T-shirt was happy on this day.  You may not be able to tell easily since he refuses to smile in any and all pictures.  Still because he loves us will at least agree to take them.  If you’re lucky you may even catch his grin.  Same grin as his Uncle D.  A smirk really.

Pony quit cutting his hair after mom died as an homage to his Gran.  She loved his curls and frequently told him how I forced him to get hair cuts.  How she would have let his hair grow.  I am not sure she knew what century we were living in.  Pony finally donated his mane to Locks of Love for a better cause when H was suffering through chemo and getting a wig of her own.

This post is brought to you by if only … If only I knew then what I know now.  If only I had enjoyed those days more.  If only, I had lived life in the moment.  If only, you now the drill.

I leave you now with the musical stylings of one Bob Marley. Three Little Birds.

As Always, More To Come. 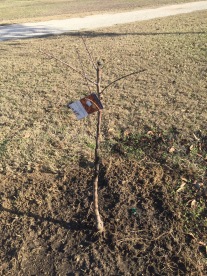 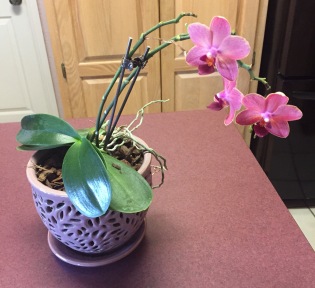 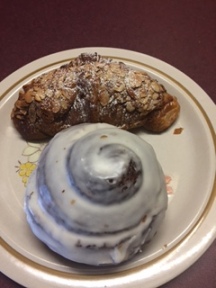 Thank goodness I still have my fur babies at home with me.  They may be grown up but they will always look like this to me.  Then I have my trees and plants.  Filling the void somehow.  Finally, I am officially off the WW wagon.  WW = Weight Watchers.  Cinnamon rolls and almond croissants are a perfect distraction.  I may even start baking again.   I am after all a renaissance woman. Lol 🙂   Mmmmm Life is good!